The sasjs cbd command is actually an alias for three commands, namely:

If you are changing a source file, then it is typically necessary to run all three commands in order to get your project deployed, so sasjs cbd is a handy shortcut.

Sometimes though you need to run separately - for example, say you would like to deploy to a production but without the tests.

You could run sasjs compile first (which includes the tests), then rm -rf sasjsbuild/tests, then sasjs build (without tests) and finally sasjs deploy.

Or perhaps you have run sasjs cbd but the process failed during deployment due to an authorisation issue. You can simply run sasjs auth (to re-authorise) and then sasjs deploy (to avoid the recompilation and rebuild). 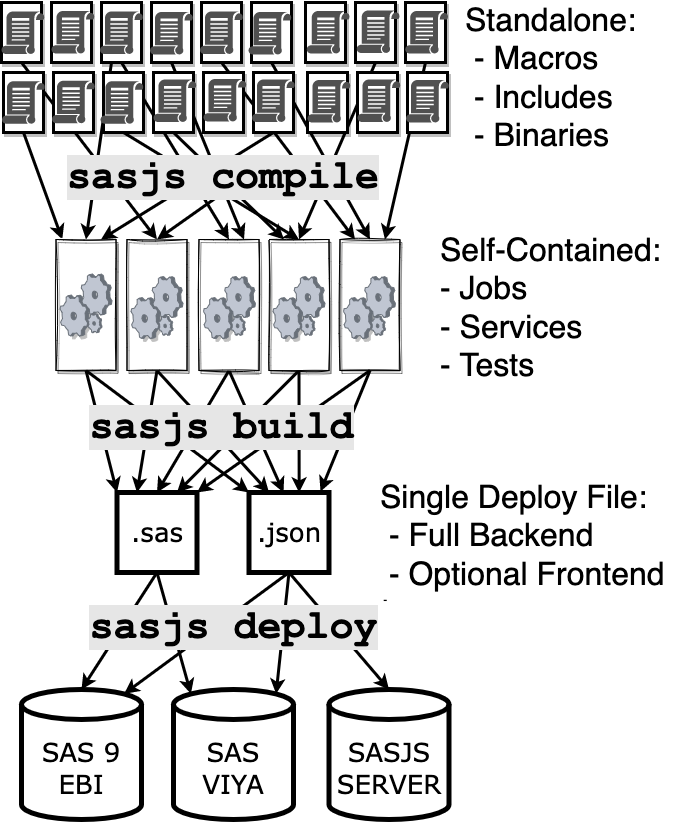